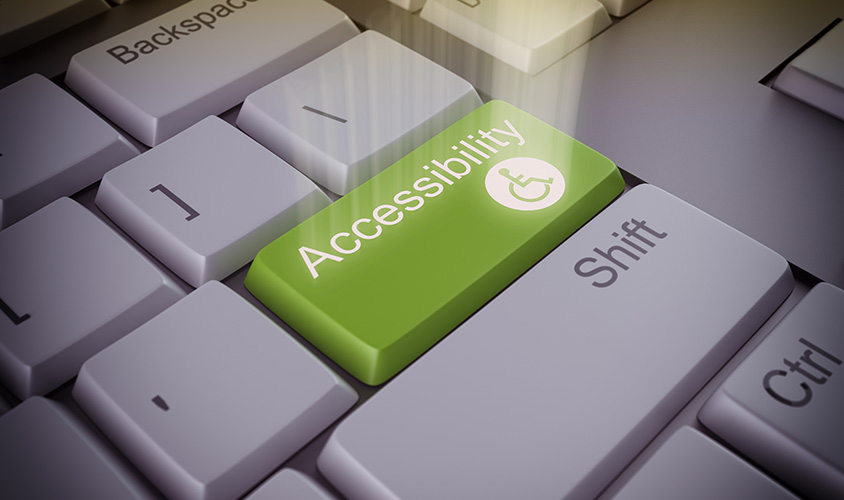 The principle of digital accessibility is providing equal access to all web users, including those with a disability. So, how do you know if you’re meeting that goal and whether you are legally required to meet that goal? As 2018 begins to wind down, it’s an opportunity to review the current state of affairs in digital accessibility.

When the Americans with Disabilities Act became law in 1990, modern communications technologies such as the Internet were still in their infancy. But now, with the rise of digital channels such as websites and mobile applications, it raises questions. While it doesn’t specifically mention them; the ADA has been widely interpreted to extend to websites.

In addition to the ADA, you’ll often hear Section 508 associated with web accessibility. The Rehabilitation Act of 1973 requires equal access to federally-funded programs and activities. Section 508 of the law deals with digital access to those resources by both federal employees and the public — and it was recently updated.

As of January 2018, federal agencies and contractors must meet revised Section 508 standards, which were updated to catch up to evolving digital capabilities. The revisions include several advancements, notably: the recognition of WCAG 2.0 as the industry standard in accessibility and the requirement that all public facing, and some non-public facing, official agency business content be accessible.

The Web Content Accessibility Guidelines, which are the typically accepted standards in digital accessibility, also grew in 2018.

WCAG 2.0 was created in 2008 and the technology advancements in the 10 years since have been incredible. This means that as developers continue to find new ways to deliver information on a growing number of devices and screen sizes, the 2008 guidelines have become more difficult to fully understand and apply today.